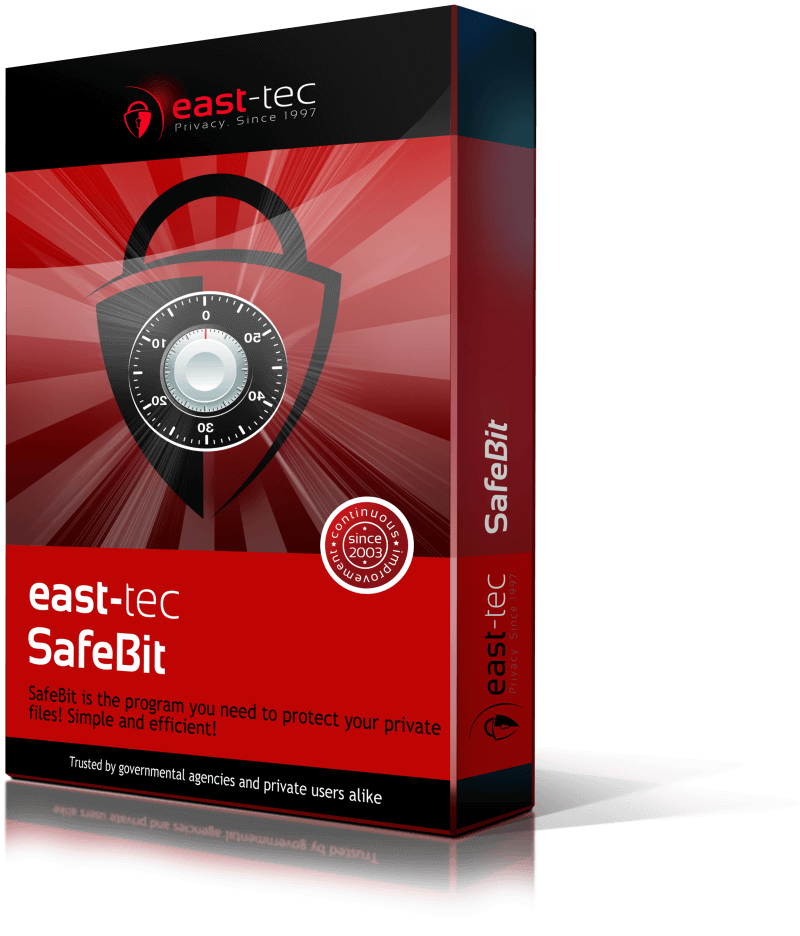 AES (Advanced Encryption Standard), also known as Rijndael, is a very fast public encryption algorithm for widely used for securing sensitive documents. It was adopted as an encryption standard by the U.S. Government, to replace the old DES encryption standard. As a likely consequence, AES-256 became the standard for encryption software in the private sector.

AES encryption software gives you the insurance that nobody can crack or steal your confidential files, not even governmental agencies.

Make sure that nobody can reach to your secret personal or business documents, by using a strong AES encryption software like east-tec SafeBit.

Be the first to know when east-tec SafeBit is updated and improved, and when new security and privacy solutions are released!